DOUKHOBOR MUSIC: BEGINNING IN THE LATE 50S, DOUKHOBOR ARTISTS PRESERVED FOLK MUSIC THAT HAD BEEN BROUGHT FROM RUSSIA. THIS BEGAN WITH 78 RPM, and CONTINUED WITH 33 RPM, AND NOW CONTINUES WITH CDS. 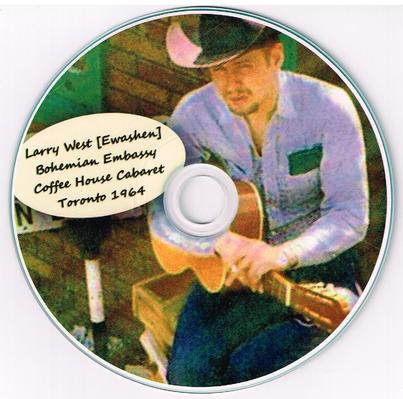 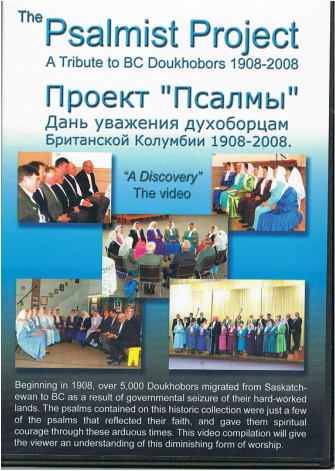 AVAILABLE FOR $30.00
This hour long video examines the origin and development of
Doukhobor psalm chanting, from the origins to the present day.

FEATURING THE MOST REQUESTED SONGS FROM PERSONAL APPEARANCES:     $20.00 PLUS POSTAGE

народные песни - The 78 RPM PROJECT - Double CD set containing 32 songs. This is the earliest collection of Doukhobor singers and musicians featuring the most popular groups of the time, artists such as Frank Konken, Paul Chernoff, Peter Gritchen, Fred Zibin, William Saliken, and others. Digitized and remastered from early 78s, and some 45s, the sound quality has been cleaned and improved from the old 'scratchy' early recording.      $30.00

DOUKHOBOR MUSIC consists of four major genres: Psalm singing, hymn singing, traditional folk melodies, and pesni, traditional Russian folk songs with instrumental accompaniment.
The psalms are the most ancient choral manifestations of Doukhobor oral culture, based on the Book of Life. Rich in atonal variant structure, they evoke a mystical diaphanous sound, reaching back into the very origins of the Doukhobor movement. In the Book of Life, the psalm singing is explained thus: ‘Singing of Psalms is an adornment to our souls'.
The hymns are the second most solemn. Many have been passed down through the generations, some were written by Doukhobor elders as recently as the 1900s. They deal with the human spiritual condition and the trials of holding steadfast to the Doukhobor credo.
Among the choral tradition are non spiritual traditional Russian songs, popular among the populace throughout the Doukhobor sojourn in various parts of Russia. They dwell on the concerns of the time including romance, war and heroes, lullabys, and not necessarily Doukhobor beliefs.
The most divergent of the Doukhobor musical milieu are those singers who accompanied themselves with traditional folk instruments. The Doukhobor belief did not include instrumentation. Many talented singers and musicians could not resist the embellishment, and recordings of their renditions enjoyed much popularity among the Doukhobors in Canada.
Read interesting articles about the Doukhobors at: http://larrysdesk.com